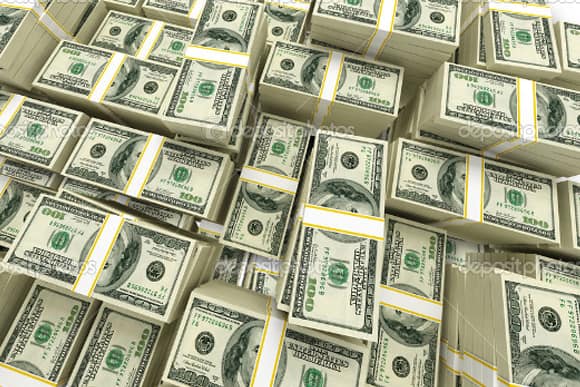 So why did the National Institutes of Health (NIH) and Center for Disease Control (CDC) collect a combined $64.3 million in royalty revenues in 2020 when they are federally funded government agencies? The answer might surprise you.

The National Institutes of Health (NIH) is a federally funded government agency whose mission “is to seek knowledge about the nature and behavior of living systems and the application of that knowledge to enhance health, lengthen life, and reduce illness and disability.” The NIH lists a number of goals:

* to foster fundamental creative discoveries, innovative research strategies, and their applications as a basis for ultimately protecting and improving health;

* to develop, maintain, and renew scientific human and physical resources that will ensure the Nation’s capability to prevent disease;

* to expand the knowledge base in medical and associated sciences in order to enhance the Nation’s economic well-being and ensure a continued high return on the public investment in research; and

* to exemplify and promote the highest level of scientific integrity, public accountability, and social responsibility in the conduct of science.

The Centers for Disease Control “CDC works 24/7 to protect America from health, safety and security threats, both foreign and in the U.S. Whether diseases start at home or abroad, are chronic or acute, curable or preventable, human error or deliberate attack, CDC fights disease and supports communities and citizens to do the same.”

“CDC increases the health security of our nation. As the nation’s health protection agency, CDC saves lives and protects people from health threats. To accomplish our mission, CDC conducts critical science and provides health information that protects our nation against expensive and dangerous health threats, and responds when these arise.”

The reason that both the NIH and CDC received $64.3 million in royalties in 2020 is due to a business model that allows them to grant technology licenses to the private sector in exchange for royalties. Examination of technology transfer statistics show, that in 2020 the NIH alone executed more licenses than for any year dating back to 1985.

The efforts of the NIH and CDC in 2020 were largely focused on Covid with Two-thirds (66%) of the grant funds committed or spent by CDC being COVID-19-related. There efforts resulted in:

Of the payments made to the NIH and CDC, a portion goes directly to the agency’s inventors, who are allowed up to $150,000 in payments per calendar year. Therefore not only does each agency benefit but as well individual employees or sub contractors benefit from royalties.

This situation is not new and an Associated Press article in 2005 showed large numbers of agency scientists with the NIH’s blessing, were failing to disclose royalty payments both to taxpayers who fund the agencies as well as for taxpayer funded clinical trials. The AP article points out that “Such research helps bring the treatment closer to possible commercial use, which could in turn bring the researchers and NIH higher royalties.” Among those mentioned in the AP article for “testing products for which they secretly receive[d] royalties” was NIAID’s Dr. Anthony Fauci.

As we have previously written, Dr. Fauci is not only implicated as a possible source of Covid-19 because of point of function research that he promotes, but also that he financially benefits from vaccine sales.

A Government Accountability Office (GAO) report in 2020 found that there was room to improve the NIH’s transparency for its licensing activities, especially to the public whose tax dollars fund the agency. Specifically The GAO noted NIH “does not report which of its patents are licensed or release metrics that would enable the public to evaluate how licensing affects patient access to resulting drugs.”

Conversely, many of the therapies that have proven effective against Covid have largely been ignored or discredited by federal agencies. Listed on the World Health Organizations list for essential medicines, inexpensive medicines such as ivermectin and hydroxychloroquine and supplements like vitamin C , vitamin D and zinc are often dismissed even though they have proven to be clinically effective.

The bottom line here is that the federal government, government agencies designed to serve and protect the public, the pharmaceutical industry as well as individuals have benefitted greatly from fast tracking the Covid vaccine, often at taxpayer expense. What also becomes problematic is that many of these same agencies are in a position to mandate the very vaccines that they receive royalties on. We encourage you to contact your representatives in Congress and ask that they put a stop to the practice of royalty generation for federal agencies as well as individuals from taxpayer funded research.

The Seven Steps in treating Hypothyroidism and Hashimoto’s Thyroiditis