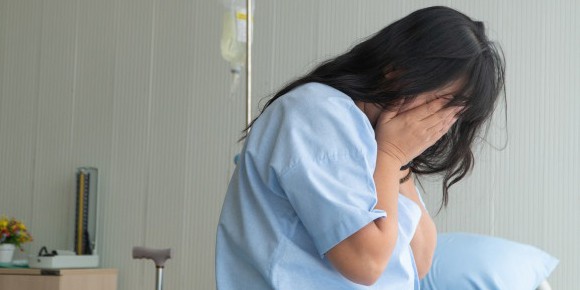 Previously we wrote about the increased likelihood that young women who received the Guardasil vaccine that was suppose to prevent cervical cancer, had an increased chance of developing premature ovarian failure, essentially leaving them unable to reproduce. The problem was so alarming that the American Academy of Pediatrics, a conservative allopathic strong hold issued a warning about administering the vaccine due to this problem. Their case was based upon the increased number of premature ovarian failures recently seen compared to pre-vaccine levels and the fact that the vaccine manufacturers did not use a proper placebo during clinical trials, thus making the trial results themselves suspect. [1]

Since the introduction of the HPV vaccine, birth rates in the U.S. have fallen for women aged 25 to 29 from 118 per 1000 in 2007 to 105 per 1000 in 2015. Approximately 60% of women who did not receive the HPV vaccine became pregnant at least once, while among those who were vaccinated, 35% were able to conceive. Between 2006 and 2014, the Vaccine Adverse Event Reporting System (VAERS) cited 48 cases of ovarian damage associated with autoimmune reactions in HPV vaccine recipients. [2,3]

Guardasil was developed to prevent cervical cancer; the idea was that providing antibodies against the human papilloma virus (HPV), the virus that promotes cervical cell changes leading to cancerous changes, young women would be protected. There are several problems with this however. One is that there are a number of different HPV strains, not all of which the vaccine protects against. Secondly, some recent reviews suggest that in fact repeated vaccination with the HPV vaccine is needed in order to convey long lasting immunity, and most importantly that repeated vaccinations increase a woman’s chance of developing cervical cancer and other autoimmune disorders because of the effects the vaccine has on paralyzing the immune systems defenses. [4,5,6,7] As we previously wrote, the HPV vaccine does not decrease the risk of developing cervical cancer and is less effective than PAP smears for prevention.

So with all of these problems associated with the HPV vaccine, why would you want to vaccinate males who cannot get cervical cancer? This is a question that is being asked by a lot of people now, especially in light of reports that one of the HPV vaccines adverse effects on men is impotency. [2]

One would think that because there are a number of adverse effects from the HPV vaccine that have been reported since its introduction, that the Food and Drug Administration (FDA) and Centers for Disease Control (CDC) would have stopped its use until more studies could be done. Quite the contrary occurred as the FDA fast tracked the vaccine despite numerous reports of harmful effects. In part this occurred because they cited studies, sponsored by the vaccine manufacturers that showed no difference between the vaccine and placebo. However, a recent study published by researchers from Mexico’s National Institute of Cardiology in Clinical Rheumatology examined the methodologies used to get the HPV vaccines approved. They stated:

“Instead of using genuine inert placebos and comparing health impacts over a number of years, as is required for most new drug approvals, Merck and GlaxoSmithKline (GSK) spiked their placebos with a neurotoxic aluminum adjuvant and cut observation periods from years to a matter of months. Of the 16 HPV vaccine randomized trials, only two used an inert saline placebo while others compared the HPV vaccine against  an aluminum adjuvant, a known neurotoxin.” And later:

The researchers found that when it came time for Merck and GSK to report on the occurrence of more serious reactions, “Systemic Adverse Reactions” and “Systemic Autoimmune Disorders,” for example, the company scientists switched to a different reporting format. They eliminated the saline placebo group which allowed them to compare the HPV vaccine results against the neurotoxic placebo. When compared to the neurotoxic “placebo” the statistics showed little difference between the “placebo” and the vaccine. Merck and GSK then reported their findings as there being no difference between “placebo” and the vaccine and thus it was deemed safe to use. [8]

Thus the FDA and CDC were able to fast track the vaccines based upon fraudulent and unethical research.

While the HPV vaccine has received more attention here, Kenyan physicians have been calling attention to the fact that the tetanus vaccine being administered to women and young girls of child bearing age contains the antigen known as HCG, which is regularly used in anti-fertility vaccines and medications. By conjugating tetanus toxoid (TT) with hCG, pregnancy hormones are attacked by the immune system. Expected results are abortions in females already pregnant and/or infertility in recipients not yet impregnated. They also questioned the frequency of repeated immunizations as they were being administered 5 times over a 2 year period rather than over the usual 12 years and why only to women and not men? While the World Health Organization (WHO) and UNICEF donate and distribute the vaccines, when financial support is insufficient, the Bill and Melinda Gates Foundation is known to help with funding the program. [9,10]

The concept that vaccines could be used for birth control is nothing new as the idea originated in 1993 when the WHO announced a “birth-control vaccine” for “family planning”. The WHO biomedical researchers have been working on an antifertility vaccine for birth control since 1972. Since its inception in 1945 the WHO has embraced the idea that “family planning” and population control, especially in under developed 3rd world countries was a necessity for “world health”.

Along with the WHO initiation of research to vaccines for birth control was a classified report lead by none other than Henry Kissenger. The Kissinger Report, also known as the US National Security Study Memorandum 200, explained the geo-political and economic reasons for reducing population growth, especially in “less developed countries” (LDCs), to near zero. This report became official U.S policy under Gerald Ford in 1975 to deal with “effective family planning programs” for the purpose of “reducing fertility” in “less developed countries” in order to protect the interests of industrialized nations”. [10]

The Kenyan physicians make the case in their report to the Kenyan Department of Health, that the mothers to be were misled into thinking that they were being protected against neonatal tetanus when in fact they were being injected with an anti-fertility vaccine. This violates the “do no harm” oath that all physicians take as well as informed consent that was not followed. Since this report a number of other African countries have begun to question the WHO’s immunization program, and in at least one case (Pakistan), refusal to receive the polio vaccine is based largely on fears that they will become infertile.

While family planning and birth control are important issues, they need to be addressed openly and ethically and not through forced or coerced vaccination programs.

What should become concerning to any woman of childbearing age in the U.S. is that there is a legislative push to mandate the HPV vaccine in order to attend school. This effort is being financed by the same pharmaceutical companies that have a vested financial interest in vaccine sales. As we wrote previously, the Guardasil vaccine is projected to earn Merck 7 Billion dollars by 2025, and because they cannot be held liable for vaccine injuries, they have nothing to loose.

As we also previously wrote, the elected officials who are suppose to be representing the interests of the American public, often rely on donations from the pharmaceutical industry to help them get elected. Not only do public officials need to held accountable, but pharmaceutical executives as well, a subject we will address in another Food for Thought.

Following the Money on COVID 19 Vaccine