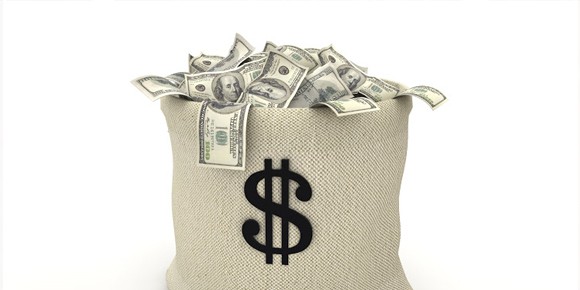 In the previous Food for Thought we wrote: “So why are we racing to develop a vaccine against COVID-19, a common cold and flu virus when we can acquire immunity naturally? In order to answer this question I believe that we really only need to follow the money.”

While this is easy to say what proof is there?  Lets take a look at where the money is going and whom the main players are shall we?

Dr. Anthony Fauci has been a major player in the vaccine industry since he came on the scene during the AIDS epidemic. The focus of his career has been to find vaccine and pharmaceutical solutions to health care problems, especially as they relate to vaccines.  He also has been known to thwart other types of therapies like those proposed by alternative medicine practitioners such as Vitamin’s A and C, zinc and previous treatments such as hydroxychloroquine and azithromycin. He also is on record as being dismissive of or ignoring treatments for comorbidities that have really been the cause of death in the greater majority of COVID-19 cases. This has been a cause of concern for front line physicians dealing with the current pandemic due to his position as Presidential advisor and his emphasis on vaccine development.

During the AIDS epidemic he promised a vaccine for HIV which to date has never been produced, but was very successful in raising money for its development. [1, 2] But it does not stop there. As head of the National Institutes of Health’s (NIH) National Institute of Allergy and Infectious Diseases (NIAID) Dr. Fauci has promoted vaccine development for other viral epidemics such as Zika and Ebola. [3] Money funneled into vaccine research by Dr. Fausi has been considerable, ranging from just a few hundred thousand in 1982 to more than $34.8 billion by 2019 for AIDS and $47 million shifted to Zika research and $238 million spent on Ebola. Dr. Fauci noted that the $47 million for Zika research isn’t “enough to last me very long”. [3]

What is interesting is that in 2017 he is quoted as saying: “There is no question that there will be a challenge to the coming administration in the arena of infectious diseases,” he said in a speech titled “Pandemic Preparedness in the Next Administration”. [4] So clearly he must have known that a viral pandemic was very likely as he predicted it with some certainty 3 years previously. Remember that this is from a man whom, as we previously reported is involved with Gain-of-Function-Research. Gain of function research involves genetically modifying an existing virus such as a Coronavirus into a form that can be transmitted to another species. The example here is the bat Coronavirus making a transition to humans in the form of COVID-19. This is research that Dr. Fauci through NIAID funded the WuHan Laboratory in China to the tune of about $7.8 million. [5] Whether the current COVID-19 is a normal mutation or laboratory made is still being debated.

Dr. Deborah Birx, M.D. is the Coordinator of the U.S Government Activities to Combat HIV/AIDS and U. S. Special Representative for Global Health Diplomacy. She is recognized worldwide as an expert and leader in the field of HIV/AIDS immunology, vaccine research and global health. [6]

In 1992 Dr. Birx along with Robert Redfield who were working on an HIV/AIDS vaccine, were charged by the U. S. military for knowingly falsifying scientific data published in the New England Journal of Medicine that claimed that an HIV vaccine they had developed was effective. Military investigators charged both Redfield and Brix with engaging in “a systemic pattern of data manipulation, inappropriate statistical analysis and misleading data presentation in an apparent attempt to promote the usefulness of the GP160 AIDS vaccine.” Robert Redfield later admitted to the deception and that the vaccine was ineffective but was still able to obtain additional funding from congress for development of the AIDS vaccine. Dr. Birx also served on the board of Bill Gates’ Global Fund, a group whose stated mission is to help end the HIV/AIDS, Tuberculosis and malaria epidemics. [7]

She is currently a member of the White House Coronavirus task force where she has warned the public not to panic when they hear about models and projections of the pandemic’s spread.

“Models are models,” she said. “When people start talking about 20% of a population getting infected, it’s very scary, but we don’t have data that matches that based on our experience.”

“It’s our job collectively to assure the American people,” she also said. “There is no model right now — no reality on the ground where we can see that 60% to 70% of Americans are going to get infected in the next eight to 12 weeks. I want to be clear about that.” [8]

She has at times been at odds with the present administration over its pandemic policy and reporting and has been accused of having ties to the Gates Foundation through Laura Birx, which she has denied. Laura Ingram of Fox News, a critic of social isolation and Dr. Birx in order to support the administrations position, has taken Dr. Birx to task for opposing the administrations interpretation of the course of the pandemic. The Gates Foundation has confirmed the misinformation that has been propagated, that Laura Birx is related to Dr. Deborah Birx as being false. [9]

While Dr. Birx has been involved in the development of vaccines, she also has taken a somewhat pragmatic approach to their efficacy. She has also been a critic of the Centers for Disease Control (CDC) in their handling of the current pandemic and their inability to respond quickly and has been one of the few voices of reason and caution since the pandemic began.

Both the Centers for Disease Control (CDC) and Food and Drug Administration (FDA) have been criticized in a report by the House Government Reform Committee, for allowing conflicts of interest when it comes to making recommendations on vaccine policy. The committee found  “conflict-of-interest rules employed by the FDA and the CDC have been weak, enforcement has been lax, and committee members with substantial ties to pharmaceutical companies have been given waivers to participate in committee hearings.”

The report found that the majority of members of both the FDA’s Vaccines and Related Biological Products Advisory Committee and CDC’s Advisory Committee on Immunizations Practices that make recommendations for the approval and administration of vaccines respectively, had a majority of members who had financial ties to manufacturers or held patents on vaccines under development. [10, 11] While this particular report is several years old, the up shod of the hearing was that the reforms recommended were not enacted.

Critics of the CDC point out that they own more than 20 vaccine patents and purchases and sells upward of $4.1 billion in vaccines annually. [12] Certainly a case could be made that the CDC, and the FDA are subsidiaries of the pharmaceutical industry. Our own research shows that in fact the CDC holds a patent on the Coronavirus. [13]

The recent Coronavirus package bill that passed both the House and Senate includes $3.1 billion to develop drugs, vaccines and to enhance manufacturing capacities for medical supplies for state and local health departments. An additional $300 million were approved to assist local and state governments to buy vaccines once they are developed.

Pharmaceutical industry lobbyists, who make up one of the largest lobbies in Washington, D.C. were able to not only block language to restrict intellectual property rights for vaccines that the government deem unfairly priced, but as well got language included that prevents the government from delaying a medicines or vaccines development due to its affordability. [14] All of these measures directly benefit a pharmaceutical industry that stands to make a lot of money for both the short and long terms without any liability.

Hydroxychloroquine, is an antimalarial drug, that has been touted by President Trump in the treatment of COVID-19 based upon some research published in the Lancet and New England Journal of Medicine. He has claimed to have taken it himself, a claim that has not been fully substantiated. Both articles were later retracted when the research was found to be incomplete and could not be confirmed by reviewers. Apparently President Trump also has a minor investment in the pharmaceutical company that makes hydroxychloroquine. [15]

The Bill and Melinda Gates Foundation is a charitable foundation that donates millions if not billions of dollars to various organizations. What has caught the eye of critics however is that some of the donations have been made to pharmaceutical companies specifically to develop vaccines, especially vaccines to be utilized in 3rd world countries. What is problematic about such donations are, that while they are made by a 501c3 foundation that does not pay taxes, they go to benefit the Gates Foundation because it owns stock in the company the donation has been made to. The workings of the Gates Foundation are too vast and complicated to cover in this Food for Thought, so we encourage you to review the accompanying reference for more information. [16]

While the current pandemic due to the COVID-19 variant of the Coronavirus strain has caused much morbidity, mortality and social upheaval, clearly there have been beneficiaries, most notably the pharmaceutical industry. The next question then becomes, what benefit are we currently deriving from the enormous amount of money being spent and what have past pandemics shown us about the rush to develop a vaccine and protect public health. We will review this topic in the next Food for Thought.

How effective is the Food and Drug Administration (FDA) and whom are they working for these days?