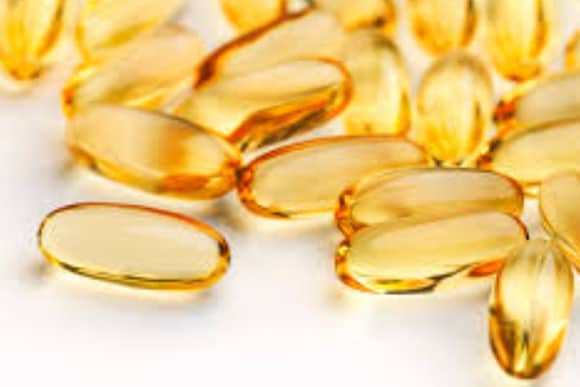 Mark H sent us a newspaper article written by a Cardiologist entitled: A cardiologist’s change of heart – following the science led him to a new conclusion on the value of fish oil supplements and asked my opinion of what he was saying in it. In the article he sites several studies that purport to show a correlation between high dose fish oil consumption and the development of atrial fibrillation. He also goes on to tout Vescepa, a synthetic ethyl ester of eicosapentaenoic acid (EPA) that is produced by Amarin Corporation.

That a pharmaceutical company would produce and patent a fish oil product does not surprise me in the least as the global market for omega-3 fatty acid products reached $4.1 billion in 2019 and is expected to double by 2025.

In his article the Cardiologist touts Vescepa as being clinically proven to be superior to fish oils based upon the REDUCE-IT cardiovascular outcomes study. What he doesn’t mention is that Vescepa was used mostly in individuals that were already on statin medications and that they only produced a 4.3% to 5.2% improvement over the placebo group for ischemia. The study did show however, that a larger percentage of patients in the icosapent ethyl group than in the placebo group were hospitalized for atrial fibrillation or flutter and that serious bleeding events occurred in 2.7% of the patients in the icosapent ethyl group and in 2.1% in the placebo group. The authors of the study that was funded by Amarin, concluded that Vescepa proved superior for treatment of ischemia but no mention was made of its inability to stop the development of atrial fibrillation, flutter and bleeding episodes.

He also cites several studies (Strength, Vital Rhythm and OMENI trials) that show fish oils can lead to the development of atrial fibrillation. However, with regard to these studies, JAMA’s Editor writes: “Considered together, the data from the 4 trials suggest, but do not prove, that there may be a dose-related risk of AF with omega-3 fatty acid intake. At a dose of 4.0 g/d, there was a highly statistically significant increase in risk (nearly a doubling). With an intermediate dose of 1.8 g/d, the increase in risk (hazard ratio, 1.84) did not achieve statistical significance, and with a standard daily dose of 840 mg/d, there was no apparent increase in risk (although the data were consistent with as much as a 24% increase in risk). Patients who choose to take omega-3 fatty acids, especially in high doses, should be informed of the risk of AF and followed up for the possible development of this common and potentially hazardous arrhythmia.”

Additionally, when you read the package insert for Vescepa some interesting things show up, one of the most striking is its propensity to cause atrial fibrillation and atrial flutter, but as well musculoskeletal pain, peripheral edema, constipation and gout. The potential for hypersensitivity reactions to those allergic to fish or are on blood thinners or bleed easily are also cautioned against. It also warns that the product may cause pancreatitis in susceptible individuals. The package insert also mentions several animal studies which suggest that use of Vescepa in higher doses would lead to “Non-dose-related imbalances in findings of absent optic nerves and unilateral testes atrophy at human exposures based on the maximum dose of 4 g/day and on body surface area comparisons.” “Additional variations consisting of early incisor eruption and increased percent cervical ribs were observed at the same exposures. Pups from high dose treated dams exhibited decreased copulation rates, delayed estrus, decreased implantations and decreased surviving fetuses (F2) suggesting potential multigenerational effects of icosapent ethyl at 7 times human systemic exposure following 4 g/day dose based on body surface area comparisons across species.”

The package insert goes on to say “Risk Summary Published studies have detected omega-3 fatty acids, including EPA, in human milk. Lactating women receiving oral omega-3 fatty acids for supplementation have resulted in higher levels of omega-3 fatty acids in human milk. There are no data on the effects of omega-3 fatty acid ethyl esters on the breastfed infant or on milk production. The developmental and health benefits of breastfeeding should be considered along with the mother’s clinical need for VASCEPA and any potential adverse effects on the breastfed child from VASCEPA or from the underlying maternal condition.” Considering the animal studies, shouldn’t there be some concern about their use in pregnant women and their effect upon the fetus?

For me there are several takeaways here. First is that this is a synthetic product that can be patented because of the ester bond and marketed at a higher price (ranges from $81.40 at CVS to $165.09 at Rite Aid for 120 capsules or a 1-month supply). Fish oils do not contain ester bonds and therefore are less likely to have the additional side effects that show up with Vescepa. Secondly, as pointed out in the JAMA editorial comments, the “data suggests but does not yet prove” that fish oils are the cause of atrial fibrillation. A number of other things can contribute such as the use of NSAID’s which many people use on a regular basis and were not considered in the clinical trials that looked at atrial fibrillation and fish oil use. Additionally, similar to the subsidizing of physician’s income for ordering statins, there are probably incentives as well for prescribing a pharmaceutical agent as opposed to a less expensive neutraceutical. And lastly, anything in excess such as taking to many prescription drugs, drinking too much alcohol, overeating or taking a lot of neutraceuticals or whatever, can be bad for us. Moderation and the judicious use of all of these things, especially in consultation with your physician is certainly in order.

Aren’t masks supposed to stop the spread of COVID-19? Why do the number cases continue to rise?

Xylitol and its Effects on Dogs