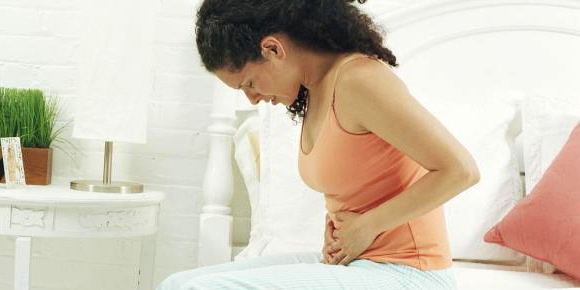 Shirley made an appointment to see her naturopathic physician because she was feeling increasingly more tired. She reported that it has now become very difficult to get up to go to work in the morning, and if she could, she would take a nap everyday as well. She stated that she loved her job and has not been experiencing any abnormal amount of stress lately. She reportedly had no problems sleeping, and in fact the number of hours she sleeps each night had increased, to 9-10 hours per night. In an effort to help herself, she cleaned up her diet, removed most “junk” foods, and has worked hard on not skipping meals. Because of the increased attention to her diet, she has lost the 10 pounds she has been wanting to lose. However, despite this she still was not able to regain her previous energy level. She has become frustrated, puzzled, and concerned that something more serious could be going on and so made the appointment.

Her physician began by asking questions about her over all health before focusing on her menstrual cycle. Shirley mentioned that she does have her period consistently every month and that each period lasted 10 days. She described the first three days as “gushes” of blood requiring the use of both tampons and pads. On the first three days she has a fear of embarrassment because the bleeding is difficult to control. Shirley never told any physician about her heavy periods as she thought they were completely normal.

After a careful medical history and findings on laboratory studies, it was determined that Shirley has a medical condition that is known as Menorrhagia. Menorrhagia is a prolonged menstrual flow of greater than 7 days duration and/or an excessive amount of uterine bleeding (greater than 80 mL daily), occurring at regular monthly intervals. Menorrhagia is a fairly common condition occurring in 10-20 % of all menstruating women.

A woman’s normal menstrual cycle occurs approximately every 21-35 days with menstruation for 2-7 days. The average blood loss is 35-150 mL during this time. This translates to 8 or fewer soaked pads per day with usually no more than 2 heavy flow days.

A women’s menstrual cycle is primarily regulated by hormones. It is not uncommon for a disruption in this routine to occur from time to time, but the body in its infinite wisdom, can return back to its’ normal schedule usually in a month or two. A temporary increase in the amount of blood loss per month may be the result of medications recently prescribed, an increased amount of stress, recent weight gain, or from the insertion of an IUD.

Based on this information, the physician may want to perform a simple blood test to determine the presence of anemia, a common problem encountered with menorrhagia. The results usually show an iron deficient anemia, as this is a common condition in women with excessive bleeding during menses. Iron deficiency anemia may also occur in individuals who do not consume enough iron rich foods or in diets consisting primarily of fast or junk foods. Anemia may account for Shirley’s progressively worsening fatigue and both conditions can be treated effectively and non-invasively with natural therapies commonly employed by naturopathic physicians.

How does this condition occur? Heavy and/or prolonged bleeding can occur for a variety of reasons.

Dysfunctional uterine bleeding (DUB) is the most common cause, which in 90% of cases results from a failure to ovulate, resulting in a failure of normal cyclical progesterone secretion. Without progesterone to balance the production of estradiol, excessive bleeding occurs.
Fibroids (leiomyoma) is the most common benign tumor in women and found to be highly estrogen dependent. Other conditions which need to be ruled out include:

The most common causes of menorrhagia have hormone imbalance as the etiology. These may or may not present with significant pain as a presenting symptom, and therefore may be missed by both the patient and physician. One of the goals of naturopathic medicine is to bring the body back into balance. By taking a complete history and performing a few laboratory tests, we are able to determine the probable cause of the dysfunctional bleeding in order to achieve this goal.

Based upon this information, the physician may choose to decrease the excessive estrogens via diet and/or lifestyle changes, create a botanical or other formula designed specifically for the individual presentation which will restore the normal hormone balance. Homeopathic medicine is also a great treatment option to address not only the disorder but also how this disorder specifically affects you as an individual. Without treatment, further complications can result such as anemia and chronic fatigue.

If you have reason to believe that this may apply to you, a consultation can be set up by calling 480.767.7119 to arrange an appointment time that is convenient for you. Take care of yourself!

Water & Hydration – An Important Component for Health and Vitality