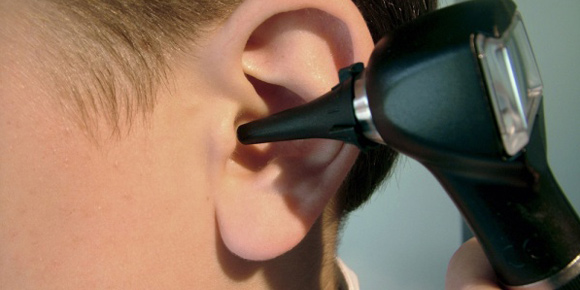 Earaches are commonly seen in children from as early as 6 months of age until 8 years. Ear infections can be broken down into 3 types: serous otitis, infective and external. Both serous otitis and infective often follow upper respiratory infections, but are also seen in children who bottle nurse while lying down and those who have been exposed to cold, windy weather.

External otitis, or swimmers ear, is associated with an infection of the external canal just distal to the tympanic membrane.
A strong association with chronic earaches and food allergies has been made. Dairy products, especially milk and cheese, as well as wheat and occasionally corn are the most commonly found allergens. Breast-fed children have less incidence of ear infections than do those who received formula or cows milk. Other food allergens such as food dyes and preservatives have been implicated but are more likely to be associated with skin rashes, asthma, and hyperactive disorders.

Younger children tend to get earaches more often than older ones because of the anatomical position of their eustachian tubes. The eustahcian tube runs from the inner ear to the throat and helps to equalize inner ear pressure. In young children, this tube is shorter and more horizontally placed than in older children and so does not drain as well. If it is blocked due to swelling from allergies or enlarged adenoid tissue, a back-pressure is created which causes a fluid buildup in the ear which becomes a good place for bacteria and viruses to grow. The initial stages are termed serous otitis media, and as bacteria grow in this medium, an infectious otitis ensues.

An acute infective earache will more likely occur during the winter months and may be announced with a high fever, throbbing of the ear, irritability, tugging at the ear and pain. Fever may or may not be present and the person affected may be lethargic and complain of not feeling well. If a discharge is seen from the ear canal, then the eardrum has ruptured and there will be some hearing loss for a period of time until it has been able to repair itself.

Serous otitis is accompanied by a sense of fullness, hearing loss, ringing in the ears and little or no pain. This type can be most damaging to a developing child as it may go unnoticed for a longer period of time and has been implicated in children who demonstrate slower development in school. In this condition, there is a buildup of fluid behind the eardrum which causes the hearing loss. If left untreated, it can develop into an infective condition. Serous otitis is usually the first stage before development of an infectious otitis.

External otitis is characterized by an inflammation of the external ear canal. Otherwise known as swimmers ear, it is caused by repeated wetting of the canal which allows for more bacterial or fungal growth. High chlorine content in swimming pools also adds to the problem by destroying friendly bacteria and allowing unfriendly organisms to grow. In part, it is also related to the high dietary intake of saturated fats.

Antibiotics, so often prescribed for earaches have been shown in studies to be an ineffective therapy for its treatment, especially serous otitis.  Mastoiditis, an inflammation of the bone around the ear, is a rare occurrence following otitis and shows up as a redness and tenderness of the bone behind the ear. Mastoiditis is potentially a serious condition that needs to be addresses by a physician immediately.

A variety of herbal and homeopathic medicines have been shown to be effective in the treatment of the various forms of otitis media. Long term prevention should include dietary changes, including elimination of sugar, dairy and wheat. These dietary changes often help even with acute onset earaches, especially in blood group A and AB patients.

Top Ten Ways to Protect Yourself from Toxins