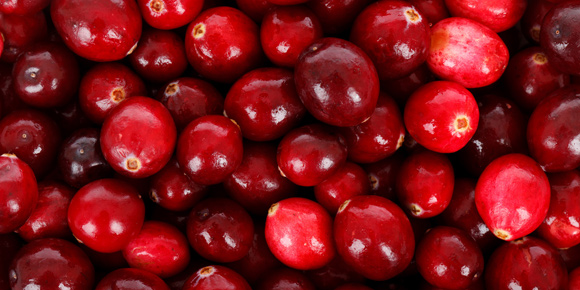 By Thomas A. Kruzel, ND

Urinary tract infections (UTI) account for a considerable number of visits to physicians every year and are more commonly seen in women than men (10:1 ratio). Anatomical differences between men and women play a large role in the larger number of UTI’s in women as do hormone changes, method of birth control, sexual activity, diabetes, and pregnancy. Men are more vulnerable to UTI’s after the age of 50 in large part because of changes in the size of the prostate gland. If seen in children, congenital problems should be considered as well as poor hygiene, lower fluid intake, external contamination, or reflux ureter. Persistent

UTI’s encountered in a child with no risk factors should raise suspicions of sexual abuse.

Interestingly persons’ with the blood types B and AB show an increased susceptibility to the development of UTI. This occurs because the organisms primarily associated with UTI, E. coli, Pseudomonas and Klebsiella; possess a B like substance that makes it more difficult for the person’s immune system to identify them as pathogens. Couple this with a non-secretor status (20% to 25% of the population), and the incidence increases considerably.

Symptoms
Symptoms include erythema (redness) of the urethra, swelling, mucus discharge, a sense of urgency to urinate, and frequency of urination. There may be pain with urination or only during part of the void. The person may have a fever and complain of being tired. They may report blood in their urine or low back pain. In the elderly, as in some younger women, there may be no signs or symptoms of the disease. In younger women there may only be a fever of unknown origin and malaise.

In general, signs and symptoms of a UTI follow the pattern listed, with hollow organs being the bladder, urethra, and ureter while solid organs being comprised of the kidney, prostate, and testes. Clinicians use this to help determine the location of the infection. As a general rule:

Etiological Agents
Urinary tract infections occur for a variety of reasons that make the urethra, bladder and kidney mucosa more vulnerable to colonization. In other words, the soil must be ready in order for the agent to set up house keeping leading to the symptoms of UTI. The most common microorganism encountered is Escherichia coli (E-coli), a gram-negative bacterium commonly found in fecal matter. Other organisms encountered are Proteus mirabilis, Enterobacter aerogenis, Pseudomonas, Staphylococcus aureus, and Enterococcus. Microorganisms that produce symptoms of a UTI but without the accompanying white blood cells and chemical changes found on urinalysis are: Chlamydia trachomatis, Mycoplasma hominis, Ureaplasma urealyticum, Candida albicans and Neisseria gonorrhea.

In addition to these groups of microorganisms, food allergies in the form of lectins have been shown to produce similar symptoms without accompanying urinary tract changes found on urinalysis. In particular, interstitial cystitis (inflammation of the bladder mucosa) often has a food allergy component to it as well as other environmental allergens such as organic acids, heavy metals, pesticides, and alcohol.

Loss of estrogen during the perimenopausal and menopausal years also creates an environment for bacteria to flourish. The vaginal walls start to thin and become more brittle with estrogen loss, causing a decreased immunity to bacteria. The loss of estrogen and weakened pelvic floor muscles from childbirth and gravity cause the bladder to empty only partially, creating a warm and happy environment for bacteria to breed.

Each of the microbiological agents has a specific effect on the mucosa, altering it in order to set up house keeping. Antibiotics act to kill or neutralize the microorganism and are effective depending upon where they intervene in the organism’s life cycle.

As an example, bacteria require adhesion to bladder mucosa and are easier to reach with an antibiotic than Chlamydia, which enters the cell to go through its life cycle. Therefore, Chlamydia organisms are much more likely to resist antibiotic therapy because of this and are generally harder to eradicate. This is particularly true in men as Chlamydia is often found with chronic prostatitis.

As every disease has its cycle of infection, resistance, repair and recovery, antibiotic therapy only works at one part, leaving the body to complete the cycle on its own. This does not always happen which is why chronic UTI’s are becoming more commonplace. Additionally, the repeated and prolonged use of antibiotics disrupts the bowel flora resulting in a mixture of microorganisms more likely to cause UTI’s.

Who requires in-depth testing?
In today’s managed care environment, prescriptions for antibiotics at the first signs of UTI without laboratory conformation are common placed. Often times after the patient have been on antibiotics and haven’t responded, a new one is prescribed. If a complete urinalysis and culture and sensitivity had been performed initially, choice of the proper antibiotic would have been made earlier. This decreases the risk of the infection spreading to the kidneys, a much more serious condition.

Certain groups such as men and boys under the age of 50, recurrent cystitis infections in young girls, and any signs and symptoms suggesting kidney involvement warrant additional testing.

Treatments
A number of studies have shown that use of the herb Vaccinium macrocarpon (Cranberry) helps to not only prevent UTI’s but better enables existing therapies to work more effectively. This is thought to occur because of cranberries propensity to block adhesion of microorganisms to bladder mucosa. Cranberry seems to work better when used on a regular basis and in younger women and is generally safe during pregnancy. Elderly patients did not fair as well as do those with neurogenic bladder.

Berberine, a plant alkaloid found in Hydrastis canadensis (goldenseal), Berberis aquifolium (Oregon grape), and Berberis vulgaris (barberry) has been fund to be very effective not only against bacteria, but Chlamydia, protozoa, fungi and viruses as well. Other herbal medicines commonly used with UTI’s are Arctostaphylos uva iris (bearberry), Barosma betulina (buchu), and Salvia officinalis (sage).

When used in combination they provide an effect throughout the cycle of infection, resistance, repair and recovery, allowing the healing process to complete itself. Evaluating hormonal changes is essential in the menopausal woman. Additionally, reestablishment of normal bowel flora through the daily use of lactobacillus has been shown to decrease the over-all infection rate in women.

Hygiene
Hygiene is an important part for prevention of UTI that is often forgotten. As a general rule, the wearing of white cotton underwear will decrease the risk of infection as coloring provides nutrients for bacteria to flourish. Underwear should be changed daily and some laundry soaps can be irritating, setting up inflammation. Women should use a non-deodorized sanitary pad, not tampons, and wiping from front to back after passing a stool is recommended.

It is also recommended that washing the perineal region after a bowel movement will help to decrease UTI’s as will swabbing of the urethra with warm, moist and soft cotton after urination. Avoid contact with bubble baths and shampoos that may be irritating, especially those with added perfumes. Shower after swimming to eliminate the chlorine and do not wear tight pants. It’s important to allow air to circulate around the genitals, tight pants, thongs and wet bathing suits create a warm, wet and dark environment that bacteria need to survive. At bedtime, avoid wearing underwear and allow your body to breathe.

Sexual Hygiene
As women who are more sexually active have a higher incidence of UTI, paying attention to sexual hygiene can help to decrease risk. Avoid birth control pills (BCP’s), spermicidal creams, or leaving the diaphragm or cervical cap in too long. Rule out an allergy to condoms. Be sure to cleanse the perineum with cool water 15 minutes post activity, and urinate to clear the urethra. Avoid anal intercourse or digital penetration and washing the perineum before intercourse helps to avoid contamination. Avoid wearing underwear after intercourse and keep hands and nails clean and trimmed so as not to induce areas of infection.

Interstitial Cystitis
Interstitial cystitis (IC) is an inflammation of the bladder mucosa and interstitial layer, that space which lies between the mucosa and muscular layer of the bladder. Numerous predisposing agents, which cause chronic irritation such as food lectins, chronic or repeated infections, toxins or chemical agents, drugs, hormones, pesticides, viruses, and alcohol, have been implicated in the development of IC. It occurs in both males and females but women seem to be affected more often than men, Men are often given a diagnosis of acute or chronic prostatitis. As with cystitis, blood group’s B and AB, along with a non-secretor status, predispose the patient to a greater chance of developing IC.

Interstitial cystitis occurs when there is a break down of the bladders protective barrier, the sulfated glycoseaminoglycan (GAG) layer. Under normal circumstances this layer protects the bladder wall against acidic urine and toxic wastes by forming an electrically neutral barrier. With breakdown of the GAG layer a disruption of the bladder surface ensues resulting in eventual erosion. As the erosion grows, and recovery is compromised, distention of the bladder from filling causes a greater exposure of the cellular structure along with nerves and vessels. This leads to pain from irritation and hyperemia resulting in symptoms of IC. If repair of the GAG layer is slow or impaired, eventual alteration, scarring and ulceration of the bladder mucosa occur, making it more difficult to treat.

There is a wide variety of symptoms seen ranging from frequency and urgency to severe debilitating pain. Symptoms are worse with acidic foods or drink (oranges, grapefruit etc), worse alcohol, worse antibiotics (these can affect normal tissue adversely if no bacteria present), and worse with certain foods.

A variety of treatments are available to help restore the GAG layer and relieve pain. These may involve the use of homeopathic medicines, botanical medicines, specific nutrients such as beta-carotene, vitamins C and E, and specific demulcent herbals to soothe the inflamed mucosa. Additionally, placing the patient on a specific diet based upon their blood type is of primary importance for both short and long term relief.

Rockwood Natural Medicine Clinic (RNMC) is a naturopathic family practice facility. RNMC was founded in 1991 as a primary care/family practice clinic with a mission to provide safe, sensible and effective natural medicine for the entire family. Dr. Thomas Kruzel and Dr. Robyn Conte are dedicated to educating and training the next generation of healthcare providers. For more information about RNMC, please visit www.rockwoodnaturalmedicine.com.
# # #
If you’d like more information about this topic, or to schedule an interview with Dr. Conte or Dr. Kruzel, please call Jeanne at (480) 767-7119 or e-mail her at RNMC9755@yahoo.com.

5 Tips for Helping Kids Stay Healthy this Winter, and Throughout the Year!