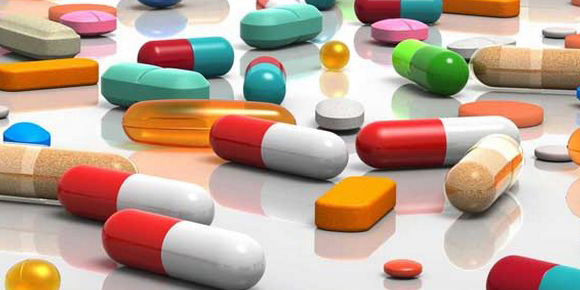 By Thomas A. Kruzel, ND

Statin medications are presently one of the most prescribed drugs in the United States because of their ability to lower cholesterol levels and presumed effects for the prevention of heart disease. Millions of prescriptions are written every year with little attention paid to possible side effects, a problem encountered with any drug. It is widely assumed in allopathic medicine that patients who are on statin medications will need to continue on them for indefinite periods in order to “control” cholesterol levels.

Statin medications such as Lipitor, Mevacor, Pravacol and Zocor inhibit the enzyme 3-hyroxy-3-methyl-glutaryl-coenzyme A (HMG-CoA) reductase, the enzyme that catalyzes the conversion of HMG-CoA to mevalonate, the rate-limiting enzyme in the synthesis of cholesterol. Cholesterol is normally produced by the liver but is also derived from dietary sources.

Some studies have shown that the use of statin medications reduces the risk of recurrent heart attack and stroke as well as hospitalization for unstable angina. A regression of atherosclerotic plaque already established does not benefit from the use of statins however, but it is thought that there may be a benefit derived from stabilization of lipid levels reducing further increases.

Benefits in the reduction of thrombic episodes associated with atherosclerosis such as myocardial infarction or unstable angina are few as other therapies are needed as well. Additionally, according to Beatrice Golomb, MD, PhD in the October 2008 issue of Pulse of Health Freedom, there is little or no evidence to suggest that statin drugs are of benefit for women. A study published in the Journal of Empirical Legal Studies found that ads for Lipitor (atorvastatin) falsely stated the drugs’ potential benefits for women. The ads failed to make clear that research to date has proven only that statin drugs help prevent heart-related deaths among women with existing heart disease.

At the outset, after their introduction, the use of statin medications showed a decrease in cardiac mortality by about 2% for every 1% decrease in cholesterol levels. This was initially hailed as a major victory over heart disease and death from heart attack. However, due to the side effects of prolonged use of the medications, deaths due to suicide, homicide and accidents in patients who took these drugs were 3 times the rates seen in patients who were not on statins.

While there has been somewhat of a decrease in deaths attributed to myocardial infarction, much of this can be attributed to changes in diet and the addition of fish oils and antioxidants. There has been no correlation between the use of statins in decreasing the incidence of first time heart attack.

What has occurred however is the increasing number of episodes of congestive heart failure (CHF) since the introduction of statin medications. This is thought to be due to their propensity to deplete Coenzyme Q 10 levels, an essential nutrient for the production of energy in muscle and other tissues. Lowering of CoQ10 levels translates to muscle weakness and eventually wasting which is thought to be one of the factors in the formation of CHF.

Cholesterol, as previously mentioned, is dependent upon the production of ubiquinone and dilochol. Ubiquinone or Co-Enzyme Q10 is also a critical cellular nutrient produced in the mitochondria where it plays a role in ATP production in the cells and functions as an electron carrier to cytochrome oxidase, our main respiratory enzyme. Because of its high energy requirements, the heart requires higher levels of Co-Q10 to be produced. Additionally, another form of Co-Q10 is found in all cell membranes where it plays a role in maintaining membrane integrity and active transport of nutrients. Co-Q10 is also vital to the formation of elastin and collagen, components in higher amounts in cardiac and skeletal muscle. Side effects of Co-Q10 deficiency include muscle wasting, leading to congestive heart failure and the most commonly reported side effect of statin drug use, muscle soreness and weakness.

The body’s synthesis of cholesterol occurs mainly at night by the liver and in Chinese medicine, there is a correlation with an increase in liver activity between the hours of 1 to 3 AM. This is also when the liver is doing much of its cleansing of toxins from the blood, and patients who awake during this time of night often are found to be liver deficient. In other words, the liver is not able to adequately process cholesterol or clear toxins.

An association between blood type and higher cholesterol levels and an increased susceptibility to develop coronary artery disease (CAD) and atherosclerosis has been made. There is a higher propensity to develop these conditions in people who are blood types A and AB than types O and B. A person’s secretor status also plays a role with respect to inflammation and the ability to modulate it once it has occurred. In the past ten years there has been an explosion of knowledge about inflammation and CAD. The most direct test of inflammation in cardiovascular lab testing is Cardiac C-reactive protein (C-CRP). Knowing C-CRP levels allows the physician to develop treatments to head off inflammation to decrease the deposition of plaque.

Naturopathic medicine views lipids such as cholesterol and its various components as being essential to the normal development and maintenance of cellular function in support of homeostasis. In support of this vital need, we have developed the ability to not only manufacture cholesterol, but to absorb it from dietary sources as well.

Each of the components of cholesterol, such as LDL, VLDL, and HDL play a role in maintaining healthy cellar growth and function as well as being precursors in the formation of hormones, cortisol and mineral corticoids. To this end, the human organism has developed numerous mechanisms to regulate the intake and elimination of fats and cholesterol so that a balance is maintained. Where this becomes problematic is when excesses of cholesterol and fats are derived from dietary sources and the body’s ability to process them becomes skewed. Add to this inflammation, and the ability of the body to clear cholesterol and fats is impaired, allowing for deposition of the excess in the walls of arteries and veins.

Under normal conditions, in addition to previously mentioned roles for cholesterol, cholesterol is seen as a reparative substance for disruption of the glycoseaminoglycan (GAG) layer of damaged arteries. When there is an excess, and in the presence of inflammation causing the formation of free radicals, oxidants, immune complexes and inflammatory mediators, excess plaque is laid down leading to a narrowing and weakening of the artery affected. The development of plaque occurs because of oxidation of cholesterol and lipids that disrupts the normal balance, allowing for them to be deposited in excess. This leads to coronary artery disease and arteriosclerosis, the predisposing factors to heart attack and stroke. Couple this with a genetic disposition to develop arteriosclerosis such as is seen in certain blood groups, and the availability of cholesterol laden fast foods, it is no wonder that there is a rise in the number of cases of heart disease.

Naturopathic medicine views heart disease as being primarily a disease due to lipid oxidation and not necessarily because a persons cholesterol level is elevated. Cholesterol levels elevate after ingestion of a meal, as do triglycerides. How the body processes them leads to the formation of plaque and deposition of fat in various areas around the body. Conversely, too low of levels of cholesterol, either through the use of statins, or from a lack of dietary intake, or due to liver disease, can be problematic as well.

Natural treatments to lower cholesterol and triglyceride levels and reduce the risk of CAD include changes in diet, monitoring of dietary fat intake, addition of antioxidants to counter free radical formation, and lowering inflammation. A typical program to combat high cholesterol levels may also include lipotrophic factors to aid the ability of the liver to not only clear excess cholesterol, but to produce the proper combination of bile acids in order to eliminate excesses and reduce the incidence of gallbladder disease. Lipotrophic factors are made up of a combination of herbal medicines and nutrients specific for the regulation and normalization of liver function. An extract from Red Rice Yeast has been shown to provide the same benefits as statin drugs but without the side effects. A number of natural products combine them with niacin, phosphatidyl choline, fatty acids such as EPA and DHA, garlic and other known cholesterol and lipid lowering substances in order to enhance their effectiveness.

Generally, a combination of treatments act to bring high cholesterol and lipid levels under control after which, normal levels can be maintained by diet alone. In patients with genetic predispositions for higher lipid levels, an on-going program can be followed based upon individual needs and requirements.

Skeletal muscle – associated with myalgia, myopathy (muscle pain, tenderness, weakness, and an elevation in CPK), and rhabdomyolysis, a destruction of muscle tissue. Acute renal failure may occur with severe rhabdomyolysis and an associated increase in myoglobin. An increased incidence of myopathy occurs in patient’s age 65 or older.

Endocrine – because statins interfere with the synthesis of cholesterol, they also affect hormone production as cholesterol is the main building block for their development. Patients who have endocrine system imbalances or difficulty generating needed levels of cortisol, testosterone or estrogen, may experience difficulties.

Renal function – impaired renal function will affect plasma concentrations and the half-life of statins. This can result in interactions with other drugs, a common problem in patients on multiple medications.

Liver function – as the liver is directly affected by the use of statins, any impairment of function will be exacerbated by their use. Liver enzyme increases have been demonstrated and can become severe. Depending upon the type of statin used, the incidence and amount of damage will vary. Liver function testing is recommended for any patient on statins for any length of time.

Carcinogenesis – a significant increase in uterine polyps, hepatocellular adenoma and carcinoma were observed in mice. Thyroid and lung adenoma and carcinoma increases were also seen. There was a variance noted between the different statins, but all produced some sort of change in normal cellular development.

Pregnancy – their use is contraindicated in pregnancy as congenital anomalies and/ or musculoskeletal malformations have been observed in test animals. Because statins inhibit the formation of cholesterol, fetal growth may be restricted as well.

Fertility – statins have been shown to inhibit the formation and viability of sperm and can lead to testicular atrophy.

Cardiovascular – adverse effects have been reported to be angina, arrythmia, palpitations, phlebitis, postural hypotension, syncope, vasodilation. Congestive heart failure was generally not seen in short-term studies but is being observed with prolonged use.

Dermatologic – acne, sensitivity to the development of contact dermatitis, eczema, urticaria, and various skin changes in nails, hair and mucous membranes have been noted.