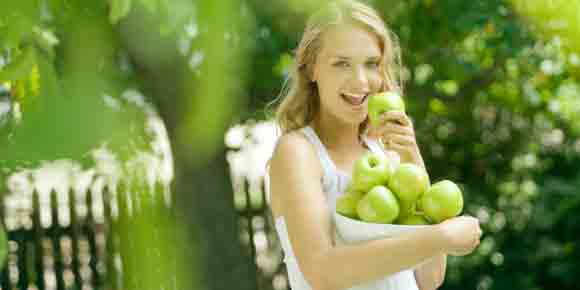 Polycystic Ovary Syndrome (PCOS) is the number one leading cause of infertility with it being estimated that one out of every 10 women could be diagnosed with this syndrome. The problem is that many times the condition is misdiagnosed. One of the primary symptoms of PCOS is the irregularity of the women’s menstrual cycle. They might be excessively heavy or light, prolonged, frequent, or random, with heavy bleeding when they do occur. Women may also experience abdominal weight gain and unusual hair growth. Laboratory studies frequently reveals high cholesterol and possibly even high blood glucose. These symptoms are common in a wide variety of disorders thus making the diagnosis of PCOS difficult.

The astute physician needs to be aware of a whole class of disorders commonly labeled as Dysfunctional Uterine bleeding (DUB) or Premature Ovarian Failure. In this class of disorders, 90% of the time no ovulation occurs which means the women is infertile and incapable of conceiving. However as you can see from the following list, there are many other disorders which cause the same symptoms yet seemingly have no or very little impact on the female menstrual cycle.

• Adrenal disorders such as Cushing disease

• Trauma to the cervix, vulva, or vagina may cause abnormal bleeding

• Cancer of the vagina, cervix, uterus, and ovaries

• Infections of the vaginal, cervix, endometrium, or fallopian tubes

• increased exercise performance, or stress may also contribute to DUB

• Oral contraceptives, especially those with an inadequate dose of estrogen and progestin are most likely to cause irregular menstrual cycles. The most common drug interactions with birth control pills occur with phenobarbital, carbamazepine, and some commonly prescribed antibiotics such as penicillin, tetracycline, and trimethoprim-sulfamethoxazole.

• An iatrogenic cause of DUB is the use of progestin-only compounds for birth control. Medroxyprogesterone acetate (Depo-Provera), a long-acting injection given every 3 months, inhibits ovulation. An adverse effect of this drug is prolonged uterine breakthrough bleeding. This may continue after discontinuation of the drug because of persistent an-ovulation. The Norplant system (surgically implanted levonorgestrel), which acts to block some but not all ovulatory cycles, has the same adverse effects as Depo-Provera.

• Contraceptive intrauterine devices (IUDs) can cause variable vaginal bleeding for the first few cycles after placement and intermittent spotting subsequently. The progesterone impregnated IUD (Mirena) is associated with less menometrorrhagia and usually results in secondary amenorrhea

Other symptoms of Polycystic Ovary Syndrome (PCOS) include acne, unexplained weight gain especially in the abdominal area, cyclic pelvic pain without menstruation, emotional changes, and propensity to skin tags (tiny extra flaps of skin most commonly found in the armpit).

Some signs, symptoms and laboratory studies conducted by your physician will help determine a diagnosis of PCOS.

Confirmatory findings would include:
1) High levels of male hormones, most accurately assessed via salivary testing.
2) High cholesterol.
3) High blood pressure.
4) Elevated fasting glucose.
5) Patches of thickened or dark brown skin.
6) Pelvic Ultrasound Imaging may show many small cysts in the ovaries. Cysts are fluid-filled sacs and non-cancerous.
7) Increased hair growth most commonly found on the face or genital area and/or with a thinning or receding hair line.
8) On examination, the doctor can palpate enlarged ovaries.

Other health problems associated with PCOS.

Women with PCOS have a greater chance of developing type 2 diabetes, cardiovascular disease (CVD), and cancer. Recent studies found more than 50 percent of women with PCOS will have a diagnosis of diabetes or pre-diabetes before the age of 40, four to seven times higher risk of heart attack, and are at greater risk of having high blood pressure, with high LDL’s and low HDL’s the opposite of what is needed for optimal health.

The chance of getting endometrial cancer is another concern for women with PCOS. Irregular menstrual periods and the absence of ovulation cause women to produce the hormone estrogen, but not the hormone progesterone. Progesterone causes the endometrium to shed its lining each month as a menstrual period. Without progesterone, the endometrium becomes thick, which can cause heavy bleeding or irregular bleeding. Over time, this can lead to endometrial hyperplasia, which can predispose a woman to develop cancer.

TRADITIONAL TREATMENT
1) Birth Control Pills: Women are commonly prescribed birth control pills to help regulate their periods which may either make the symptoms worse or cover up the symptoms of the syndrome. Once a woman goes off the hormones, possibly to start to raise a family, she discovers she is still infertile. Doctors may also prescribe any of the following to mask the symptoms of the disorder.

4) Fertility medications such as clomiphene citrate (Clomid®, Serophene®) are the first choice therapy to stimulate ovulation. If this fails, metformin taken with clomiphene is usually tried in women with a diagnosis of PCOS who want to become pregnant. It does however come with a greater risk. Women with the diagnosis of PCOS have higher rates of miscarriage, gestational diabetes, pregnancy-induced high blood pressure (pre-eclampsia), and premature delivery.

NATUROPATHIC TREATMENT
Naturopathic medicine strives to uncover the root cause of the irregular menstrual cycle. As there are many causes, a detailed history and some select labs are paramount to rule out the many seemingly unrelated diseases and narrow down the list to the one causing the disruption. What many people do not realize is that there are naturopathic treatments shown to be highly effective in helping a women regain a regular menstrual cycle and her fertility.

The treatments available are just about as wide and varied as the symptoms. The following is a small sampling of some possible treatment options.

Calcarea carbonica
Maybe indicated in a person who tends to be overweight with irregular, heavy, bright red menses. Increased bloating may also be present as well anxiety about symptoms being noticed by others. Symptoms are typically worse in cold, damp, windy weather, during exercise, exertion, or stress.

Sepia
May be the remedy of choice in women with heavy, irregular menses with severe abdominal cramps and/or an itchy vaginal discharge. Sweating during menses may also be present. The individual may tend to feel apathetic and indifferent to those they love. Symptoms are also typically worse on exposure to cold, with mental exertion, or stress. However symptoms are better with exercise.

China
Is a less commonly prescribed remedy for heavy periods with intermittent bleeding and evidence of dark clots. The women may seem irritable or overly sensitive; have mood swings and or evidence of depression. Symptoms will also be worse on exposure to cold drafts, mental exertion or from noise or jarring. They are better when they lie down or bend double, applying firm pressure to the abdomen.

1) Vitex agnus castus (chaste tree)
Vitex has several hormone interactions in the body. One of the actions is an increased production of the hormone called lutenizing hormone (LH) while down regulating FSH (follicular stimulating hormone). LH has the action of increasing the progesterone ratio in comparison to estrogen. In a double blind, placebo controlled study involving 66 women with PCOS type symptoms taking Vitex extract along with a Homeopathic remedy for three months, 31 had normal hormone values at the end of the study with 15 women becoming pregnant during this same time period.

2) Dioscorea villosa (wild yam)
This herb has become quite popular lately. It helps relieve pain and inflammation as well as regulate the hormone cycle. The root of this herb is commonly used for those whom suffer from PMS and or menopause.

3) Taraxacum officinalis ( Dandelion)
One of the best herbal foods for the liver, the leaves have a diuretic effect which will help minimize the bloating effect of an impeding menses. The root is nutritive to the liver. Since the female hormones are either synthesized or metabolized with the help of the liver, this herb is a welcome addition to many herbal tinctures.

4) Trigonella officinalis (Fenugreek)
This fantastic herb has many diverse functions. It is rich in mucilage, a fiber which aides in lowering cholesterol, increasing HDL, and contains six compounds to help regulate blood sugar levels; these compounds also alleviate constipation and diarrhea thereby normalizing bowel function and digestion. It also contains compounds that act like the female hormone estrogen. Historically

Trigonella was used as a reproductive tonic.
The above list of herbs can be combined to form a tincture traditionally used for progesterone deficiency or to help balance a relative excess of estrogen commonly associated with PCOS.

Lifestyle modification.
Keeping a healthy weight by eating healthy foods and exercising is another way women can help regulate her hormonal ratio and therefore her cycles. There are extra estrogen receptors located in the abdominal fat area which has correlated to an excess body level of estrogens. Many women with PCOS are overweight or obese. Eating fewer processed foods and foods with added sugars and more whole-grain products, fruits, vegetables, lean organic meats (if you are any Blood Type other than Blood Type A) can all help to shed a few pounds, help lower blood sugar (glucose) levels, improve the body’s use of insulin, and normalize hormone levels in your body.

Exercising even 20 minutes a day while attempting to keep the heart rate above 105 will burn fat allowing you to look and feel better. A brisk walk outside or on a treadmill can help. Even a 10 percent loss in body weight can restore a normal period and make a woman’s cycle more regular.

Dr Deborah Ardolf is available to help you take charge of your health and therefore your life. She is available for appointments by calling (480) 767-7119.

Evaluation of Gait Disorders in the Elderly