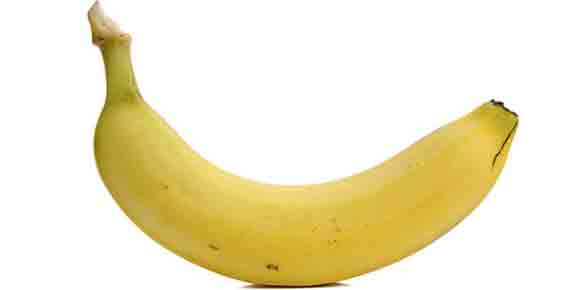 Peyrone’s disease (PD) is an acquired, inelastic fibrous plaque deformity of the penis resulting in a physically and psychologically debilitating condition. Also known as indurations plastica penis, the condition results in penile deformity, consisting of curvature, narrowing and shortening, resulting in painful erections and in most cases, an inability to have intercourse. The plaques formed impede tunical expansion during erection resulting in penile bending. [1] The degree of pathology developed is variable with some men experiencing minor discomfort and minimal deformity to considerable pain and marked deformity with calcifications of the plaque. [1]

Because great variability is seen with this condition, men with PD may complain of a variety of symptoms. Penile curvature, lumps in the penis, painful erections, soft or incomplete erections, and difficulty with penile penetration due to curvature are common concerns that bring men with PD to see their physicians. More often however, men will complain of erectile dysfunction with difficulty maintaining erections.

Prevalence
While a certain degree of penile curvature is considered normal, about 4% to 10 % of men are born with congenital penile curvature. [2] This is associated with hypospadias or chordee, a condition characterized by downward bending of the penis. This condition is to be distinguished from Peyronie’s disease, which involves curvature and deformity of the penile shaft following injury.

Depending upon the source consulted, the prevalence of PD is estimated to be anywhere from 1% to 4% or up to 23% in men between the ages of 40-70 with the average age of onset being 53 [3]. The number of cases may in fact be higher due to the under reporting of the condition. In a study [4] of 100 men with no symptomology of PD, asymptomatic plaque lesions were found in the tunica albugenia, suggesting that plaque development is part of the normal course of aging and sexual activity.

PD was first reported by Fallopius in 1561 and then further described in 1743 by Francois de La Peyronie. Since then the disease has born his name. [5]

Causes
The underlying cause of PD is not well understood but is associated with trauma or injury to the penis, most often following sexual intercourse. Initially men may not be aware that the initial injury has occurred, often not experiencing symptoms until some time later.

The most likely reason for the development of PD is thought to be repeated tunical mechanical stress and microvascular trauma from excessive bending during erection or blunt trauma to the erect penis. This results in bleeding into the subtunical spaces or tunical delamination at the point where the septum integrates into the inner circular layer of the tunica albuginea. [6]

While genetic links to PD have not been as yet discovered, an autoimmune component has been suggested by studies that report abnormalities in immunological testing, alterations in cell-mediated immunity, increases in autoimmune diseases and the finding of anti-elastin antibodies in the serum of PD patients. [7, 8] Additionally, the use of some beta blockers have also been implicated as an etiologic agent in the development of PD. [9]

Unlike normal wound healing following trauma, in the chronic stages of the disease in patients with PD, plaques do not resolve subsequent to inflammation and cessation of pain. [1, 15] This is thought to be due to defects in over production of collagen and other tissue remodeling mechanisms resulting in an inability to resolve the injury which ultimately contributes to plaque formation. The implication here is that the more chronic the condition, the greater the chance that the plaques will continue to form and may eventually ossify.

During chronic disease states, in addition to fibrogenesis and an increase in connective tissue, there is an increase in oxidative stress. [16] This stress in the form of free radicals such as superoxide, peroxynitrite and peroxide generated species, can result in lipid peroxidation and tissue damage as well as stimulate connective tissue synthesis in fibroblasts and increase activity in inflammatory phagocytic cells such as neutrophils and macrophages. [17]

The plaques of Peyronie’s disease most commonly develop on the upper (dorsal) side of the penis although they may also occur on the bottom (ventral) or side (lateral) of the penis, causing a downward or sideways bending. Some men present with more than one plaque which may cause complex curvatures.

Diagnosis
Diagnosis is made based upon history and physical examination, and ultrasound will provide conclusive evidence of Peyronie’s disease, helping to rule out congenital curvature or other disorders. [18]

Treatment
Treatment should be initiated at the first signs of the disease due to the chronic inflammatory nature of PD. Without treatment, about 12–13% of patients will spontaneously improve over time, 40–50% will get worse and the rest will be relatively stable.

Vitamin E: Use of Vitamin E in the treatment of PD has been around for a considerable period of time. A number of studies [17, 19, 20] both support as well as not support its role as an antioxidant treatment in PD while other studies suggest that when used in combination with other agents that Vitamin E is effective. [21, 22]While the evidence is largely inconclusive, most of the studies on Vitamin E are done after the fact, i.e. the lesions have already formed. So it stands to reason that by itself, Vitamin E may not appreciably affect PD under these circumstances Its value is undoubtedly in the early stages of lesion development to help reduce oxidative stress. This makes it a valuable addition to natural therapies as the damaged tissue begins to remodel.

CoQ 10: In a study using 300 mg of CoQ10 in the treatment of PD, participants after 24 weeks of showed a decrease in mean plaque and curvature compared to the placebo group. [23] While in another study, the use of Omega-3 for PD found no benefit. [24]

In their review of oral therapies for Peyronie’s disease, Myndersel and Monga cite several studies that report improvement in penile discomfort, plaque size, and penile angulation. A complete resolution of penile angulation was observed in 26% of patients with the average interval to improvement was 4.2 months. [26] This medication has also been associated with a high rate of stomach upset, which leads many men to stop taking it.

Tamoxifen: Tamoxifen is a non-steroidal antiestrogen that has been proven effective in the treatment of desmoid tumors, a condition with properties similar to Peyronie’s disease. Tamoxifen is believed to impact the inflammatory response through modulation of TGF-b1 secretion from fibroblasts. An early study treated men for 3 months with 20mg of tamoxifen twice daily. They reported improvements in pain (80%), plaque size (34%) and penile curvature (35%). [27]

Colchicine: Colchicine is an anti-inflammatory agent that acts in both inflammatory and collagen production (fibrotic) phases of Peyronie’s disease by decreasing collagen development by binding to tubulin, which inhibits the formation and function of the mitotic spindle during mitosis. However, colchicine’s effect on microtubules has an impact on many other cell functions as well with side effects of diarrhea and nausea, causing many men to discontinue its use before any benefits are achieved. [26]

Carnitine: Carnitine is an antioxidant medication that is designed to reduce inflammation and thereby decrease abnormal wound healing. Like many other Peyronie’s therapies, uncontrolled trials have demonstrated some benefit to this treatment. Overall, the men taking carnitine saw greater improvement in curvature, and had statistically significant improvement in pain. In addition, the patients taking carnitine reported far fewer side effects as compared to tamoxifen. [32]

L-Arginine: The amino acid L-Arginine combines with oxygen to ultimately form nitric oxide (NO), one of the steps in the development of an erection. Inducible NOS (iNOS) is expressed in the fibrotic plaques of PD and suppression of iNOS exacerbates tissue fibrosis. Valente et al. [33] reported that L-arginine, given daily in the drinking water of a rat model with TGF-1 induced PD plaques caused an 80%–95% reduction in plaque size and in the collagen/fibroblast ratio. In addition, L-arginine was found to be antifibrotic in vitro. This suggests that L– arginine, as a biochemical precursor of NO, might be effective in reducing PD plaque size. [32]
Formulations of superoxide dismutase are also reported to be effective in Peyronie’s disease. [28]

Collagenase clostridium histolyticum (marketed as Xiaflex by [Auxilium]), a drug originally approved by the FDA to treat Dupuytren’s contracture, is now an FDA approved injectable drug for treatment of Peyronie’s disease. The drug is reported to work by breaking down the excess collagen in the penis that causes Peyronie’s disease. [29]

Penile Injections:Injecting a drug directly into the plaque of Peyronie’s disease is an attractive alternative to oral medications. Injection permits direct introduction of drugs into the plaque, permitting higher doses and more local effects. To improve patient comfort a local anesthetic is usually given prior to the injection.

Verapamil Injections: Verapamil is a calcium channel blocker usually used in the treatment of high blood pressure. It has also been shown to disrupt collagen production and this property has made it of interest in the treatment of Peyronie’s disease. A randomized single-blind study suggests that intralesional injection of calcium channel blocker may be a reasonable approach in some selected patients for the treatment of Peyronie’s disease with non-calcified plaque and penile angulation of less than 30°. Patients whose plaque failed to respond to intralesional verapamil therapy within 3 months or whose angulation was greater than 30° at presentation were more likely to benefit from surgery. [30]

Interferon Injections: Interferon has been shown to have antifibrotic effects in the treatment of keloid scars and scleroderma, a rare autoimmune disease affecting the body’s connective tissue. Men who received intralesional injection of interferon-alpha-2b (IFN-a-2b) experienced a significant reduction in penile curvature, diminished pain with erection, and decreased size of the plaque. [34]

Surgery: Surgery is reserved for men with severe, disabling penile deformities that prevent satisfactory sexual intercourse. Most physicians recommend avoiding surgery until the plaque and deformity have been stable and the patient pain-free for at least six months. [31] A number of different surgical procedures are available.

Autologous tissue grafts: These grafts are made of tissue taken from another part of the patient’s body during surgery.

Non-autologous allografts: These grafts are sheets of tissue that are commercially produced using human or animal sources.

Synthetic inert substances: Materials such as Dacron mesh or GORE-TEX are seldom used for Peyronie’s surgeries in the modern era.

Naturopathic Approach to Treatment.
Because of the delay in seeking treatment, patients present with a continuum of pathology which must be assessed in order to develop a treatment plan. Most of the cases I have seen are of the type I, and II variety. Other treatments for type III PD will need to address the underlying cause of the erectile dysfunction even with successful resolution of the pathology caused by the Peyronie’s disease. The goal of treatment is to stop the underlying inflammatory process while providing therapy to allow the damaged tissue to remodel. To accomplish this I use the following protocol.

Therapy is administered at least twice a week in office with the patient following the home protocol. Clearly the longer the patient has had the condition, the more therapy will be needed to resolve the underlying pathology. This therapeutic protocol has provided some degree of benefit in most every case.

Will We Ever Find A Cure for the Common Cold?