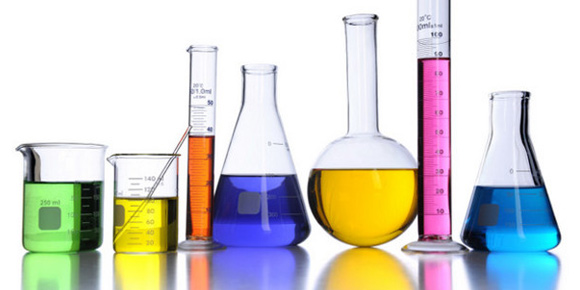 By Thomas A. Kruzel, N D

Food additives are substances that are added to processed foods in order to enhance flavor, their color, to maintain texture and consistency, act as a preservative, or to aid in the manufacturing process. There are presently over 1400 additives that are available for use but only about 10% are actually listed on the label. Preserving foods so that they will last longer has been around for centuries, often by pickling with vinegar, salting as with bacon, canning or preserving fruits and vegetables or using sulfur dioxide to preserve wine.

While many of these are naturally derived substances, more recently additives have been developed in the laboratory that are not chemically compatible with human physiology. In other words, they are more difficult to break down by the body, and in some instances can disrupt the body’s normal physiology leading to an alteration of function.

In the U.S., as well as abroad, there has been significant controversy with regard to food additives as both consumers and food manufacturers provide evidence to support their respective positions. Consumer groups often advocating for safer foods while manufacturers are looking for ways to enhance shelf life. Food additives have been linked to the development of cancer, neurological disorders such as ADHD, heart disease, childhood obesity, digestive disturbances, and allergic reactions such as hives and anaphylaxis.

In 1958 the Unites States adopted the Delaney Clause as an amendment to the Federal Food, Drug and Cosmetic Act of 1938, which stated that no carcinogenic substances could be used as food additives, in order to protect public health. One of these substances was saccharin, which was shown at the time to cause cancer in rat studies and subsequently banned under the act. The food industry however, through a public relations campaign designed to convince consumers of the benefits of saccharin as a sugar substitute, convinced congress to over-turn the exclusion of saccharin, which is still found in foods today. Saccharin was re-added as a sweetener along with the warning “Use of this product may be hazardous to your health. This product contains saccharin which has been determined to cause cancer in laboratory animals.” At the time the FDA recommended that additional studies be conducted which have concluded that saccharin does not pose a risk of causing cancer in humans. Subsequently it has been removed from the list of potential carcinogens.

In a study conducted in England and published in a British Medical Journal, evidence was presented that a mixture of additives commonly found in children’s foods such as cereals and pre-packaged lunches, contributed to hyperactivity behaviors such as inattention, over reactivity to stimuli and impulsivity. Further research looking at food additives, in particular food dyes, came to similar conclusions, prompting the American Academy of Pediatrics to conclude that a low additive diet would be beneficial in curbing ADHD. Other studies, often conducted on laboratory animals, have found various links to a variety of cancers, liver diseases and kidney failure.

Because of the propensity of certain additives to disrupt normal physiology and to cause cancer, guidelines have been set up by the Food and Drug Administration (FDA) for their inclusion into foods. Several systems have been adopted in order to classify food additives as safe or not safe. Most of Europe uses E Numbers to list approved additives while the United States list them as “Generally Recognized as Safe” or the GRAS classification. Items not listed here are not considered to be safe and should be avoided.

The Center for Science in the Public Interest (CSPI) http://www.cspinet.org/, a consumer nutritional watch dog group, recommends that substances such as sodium nitrite, saccharin, aspartame, acesulfame-K, caffeine, olestra and all food dyes should be avoided despite being on the approved list.

Sodium Nitrate, Sodium Nitrite – Are used as preservatives and color stabilizers in order to maintain the red color of meats. Foods with nitrites are bacon, processed meats such as hot dogs, sausages and pepperoni, sandwich meats and processed poultry. The problem with nitrites is that they can produce chemicals such as nitrosamines that cause cancer and numerous studies have shown a link between nitrite and cancer in humans that consume processed and cured meats.

Benzoic Acid – This substance retards and controls the growth of yeasts, molds and some bacteria. It is commonly found in carbonated drinks, fruit juices, ciders, margarine, pie fillings and commercially prepared salads, often those found at fast food restaurants. Benzoic acid is thought to interact with Vitamin C in juices thus lowering its levels. Excessive amounts have contributed to liver and kidney disease.

Parabens, PHB esters – These are chemically related to benzoic acid, and are active against yeast and molds and thus found in a variety of foods. They are commonly added to beer, soft drinks, pastries and cakes, piecrusts and cake icing, salad dressings, jams, jellies and preserves. Parabens can also be found in shampoos, moisturizers, shaving gels, toothpaste and topical pharmaceuticals in addition to foods. Parabens have been found to mimic estrogens and may play a role in the development of breast cancer. It also has been linked to lower testosterone levels in men and thus linked to infertility and low libido.

Sorbic Acid – Is a naturally derived organic acid that is used to retard the growth of molds, yeasts and many bacteria. It is derived from Rowan berries, is water soluble and will easily decompose into environmentally friendly components. It is used as a preservative in cheese and cheese products, fruit drinks and beverage syrups, dried fruits, unsalted margarine, cakes, icing and dips.

Sulphites – Sulphites are used as food preservatives to prevent to prevent lettuces and other fruits and vegetables from turning brown due to the action of microorganisms and oxidants. After treatment with sulphites, vegetables will maintain their fresh appearance even though they may be quite old and stale. They are also used to sanitize containers in the fermentation industry. Restaurant meals may contain a considerable amount of metabisulphite in one meal, which can cause an allergic reaction in some people.

Some of the most common foods containing sulphites include:

Dried fruits such as apples, apricots, pears and fruit bars.

Dairy products, such as cheese mixtures, pastes and fruit yogurt.

Food Dyes – are added to enhance color lost during preparation and make foods look more attractive. Certain food dyes have been found to cause cancer and have been largely banned from use. Others who are still in use can contribute to sensitivity reactions in susceptible individuals, most often children. Some of the more common sensitivity reactions we have seen are skin rash, asthma, diarrhea and bedwetting. Some of the dyes to look for are:

Blue dye #1 and #2, along with Red dye #3, and Yellow dye #6 are among the food colorings that have been linked to various health risks. Blue #1 is used to color candy, soft drinks, and pastries and there has been some evidence that it may cause cancer. Blue #2 can be found in pet food, soft drinks, and pastries, and has shown to cause brain tumors in mice. Red #3, mainly used in cherries for cocktails, has been correlated with thyroid tumors in rats and humans as well. Yellow #6, used in sausages, gelatin, and candy contains carcinogens that can lead to the formation of glandular and kidney tumors.

Monosodium Glutamate (MSG) – is added to thousands of products, primarily as a flavor enhancer. Originally obtained from seaweed or soybean, it can now be manufactured by a chemical process from wheat, corn or sugar beet by-products. Because of this, manufacturers are able to advertise it as a natural substance.

Although glutamate is an amino acid (substances found in all proteins), when MSG is removed from its natural food, it has no nutritional value. Once ingested, the effects of MSG are widespread throughout the body. The body attempts to eliminate the MSG as if it were a foreign substance. MSG has been known to cause “Chinese Restaurant Syndrome”, which may result in flushing, headache, a burning sensation in the neck and chest tightness often making the person think they are having a heart attack. Other reactions reported have included asthma and muscle weakness.

Banned Foods are those that have been identified as causing various diseases and medical conditions such as diarrhea, cancers of various sorts, heart and kidney disease, skin rashes, gastrointestinal upsets and behavioral problems. One of the problems however, is that while they may be banned in the U.S., products from other countries with less strict guidelines may contain them and do not have to be listed. What follows is a current list of banned food additives.

Because diet and nutrition is such an integral part of ones over-all health, food sources and the manufacturing and preservation of foods consumed becomes a very important consumer issue. Organically and preferably locally grown foods are the best source of nutrition followed by frozen foods that retain higher levels of nutrients because of the freezing process. Non-organically grown foods that come from large farms that use fertilizers and grow genetically modified or hybridized foods, are not as healthy to consume and may contribute to poor health. Processed foods are the least desirable because of the numerous modifications that occur during their journey from field to the grocery shelf.

Reading labels is the best way to assure that what you and your family is consuming is as safe and preservative free as possible. While it may take a little extra time, it is well worth the added health benefits.