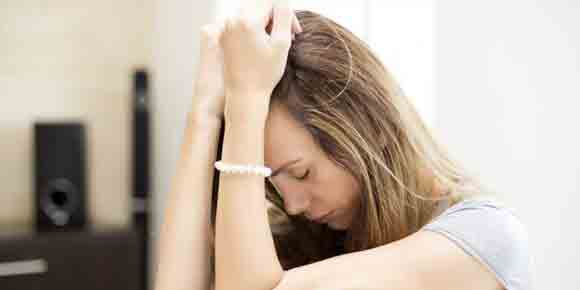 Hormone function is central to health and well being in both men as well as women. A problem encountered with any one endocrine gland can lead to a number of clinical conditions. Often, several are affected, especially in women whose endocrine system fluctuates frequently. Therefore, disturbances are frequently seen and can be difficult to sort through. A multi-systems approach to evaluation and treatment of endocrine system imbalances is a focus on naturopathic medicine.

One of the most commonly encountered conditions seen by physicians are problems associated with the thyroid gland. The lack of adequate amounts of thyroid hormone levels in the body can cause weight gain, fatigue, lack of desire and motivation, depression, brain fog, night sweats, hot flashes, vaginal dryness, mood swings, insomnia, lack of temperature regulation, cold hands and feet, and food cravings. Many of these symptoms may sound familiar, as most everyone will experience them at some point in their lives. However, if they persist, an evaluation of thyroid function is indicated.

While the thyroid glands function can be measured by blood or salivary testing, it does not act as an independent entity as it is interconnected with all of the other endocrine glands. Because of this, problems with thyroid function may be due to problems in other areas.

The thyroid gland is responsible for maintaining the body’s metabolism. Thus, if the thyroid gland is functioning optimally, then the mitochondria in the cells are producing adequate ATP or energy. The thyroid gland produces Thyroxine (T4) primarily which is converted to Triiodothyronine (T3), the active thyroid hormone. Thus a conversion of T4 to T3 is important for the body to utilize it. This step of T4 to T3 conversion requires an enzyme and certain nutrients, specifically iodine. If thyroid hormone production is lowered, it means the metabolic rate is reduced and the patient will experience lower energy or fatigue and will gain weight. This is termed hypothyroidism. Other signs and symptoms of hypothyroid include feeling cold, having cold hands and feet, loss of hair, dry skin, thinning of outer third of your eyebrows, brain fogginess, and depression. While hypothyroidism is much more commonly seen, some people can develop a condition with an increased amount of thyroid hormone production, termed hyperthyroidism.

The treatment for a hypothyroid patient is to replace the deficient thyroid hormones while attempting to support the thyroid gland nutritionally so that it can produce adequate levels. The most common conventional medicine approach is to use a synthetically derived T4 hormone called Synthroid. In order for it to work, the body has to convert it to T3 for it to be utilized as occurs with the natural hormone produced by the thyroid. Some physicians prescribe a combination of T4 and T3 so the body does not have to work so hard in making the conversion and readily use the active hormone T3.

Naturally derived thyroid medications such as Armour Thyroid, Nature thyroid, or desiccated thyroids that are utilized by compounding pharmacies, are porcine derived thyroid medication which has both T4 and T3. These have been found to be much more biologically active than the synthetics as they are more closely allied to what the human body produces.
In order to check thyroid function we perform a thyroid function panel which includes TSH, Total T4, Free T4, and a T3 Uptake. Typically, most medical doctors will test the TSH only to assess function. The problem with just assessing TSH levels is that they are only assessing the pituitary function and not able to evaluate its effect on the thyroid gland, its target gland. TSH is a pituitary hormone produced in response to circulating T4 and T3 levels and will be elevated when there is a low level of T4 and T3. This indicates a low production of thyroid hormone thus resulting in an increase in TSH in order to produce more hormones. However, while it is telling the thyroid gland to produce more thyroid hormone, the thyroid gland may not able to produce adequate levels for a number of reasons. Often the levels of T4 and T3 are within the “reference” range but sub-clinically low. What this means is that the thyroid gland is not able to respond adequately to the pituitary output, or the pituitary output isn’t adequate enough for the thyroid to respond. The clinician must then sort through the possible scenarios and figure out where the problem lies in order to correct it.

In order to determine the underlying problem we will also test for the thyroid antibodies, anti-thyroperoxidase (Anti-TPO) and anti-thyroglobulin (Anti-TG). Produced as a result of an autoimmune condition these antibodies attack the thyroid gland decreasing its response to TSH which suppresses production of thyroid hormones. It is the body’s own immune system attacking the thyroid gland and is known as Hashimoto’s Thyroiditis. For whatever reasons, the incidence of Hashimoto’s disease has increased, and is more often seen in women.

Adrenal and ovarian function follows a similar feedback loop with the pituitary gland much like the thyroid. Our adrenal glands produce hormones in response to stress. Cortisol and DHEA-S are the primary hormones used in assessing adrenal gland function. Cortisol levels are increased in times of chronic stress and can lead to weight gain around the abdomen. It could be physical, mental or emotional stress that is experienced over long periods that eventually exhausts the adrenal production of cortisol leading to Adrenal Fatigue. Cortisol levels vary during the day, with their being the highest in the morning and lowest at night. If the opposite occurs, meaning the patient has low cortisol levels in the morning then they can have difficult time getting up from bed in the morning and the higher levels in the night can cause difficulty falling asleep. Cortisol levels are best evaluated with a salivary Adrenal Stress Index kit, as they are a better indicator of biologically active hormone levels than blood tests. It is performed by collecting saliva samples at 8am, noon, 4 pm and 11pm which helps the clinician to follow the body’s normal diurnal variation.

Ovarian hormone production is a very important topic for all women, but especially those who are peri-menopausal or going through menopause. Women who are experiencing problems with ovarian hormone production and regulation complain of hot flashes, night sweats, brain fogginess, vaginal dryness, no desire for sex, sleep problems, and mood swings. Many women report that they don’t feel like themselves any more. The reason that this feeling occurs is not just in their heads but it is because their hormone levels have dropped significantly.

The ovaries produce estrogens, so when they stop producing, a feedback signal goes to pituitary that in turn increases the FSH (follicle stimulating hormone). This occurrence indicates the women is in menopause. There are three kinds of Estrogens E1 (Estrone), E2 (Estradiol) and E3 (Estriol). E1 is the bad estrogen that causes symptoms of breast tenderness, E2 is the one that is mostly utilized by the body and needs to be replaced while E3 is the weaker one of them which is sometimes useful when used vaginally in a cream form for vaginal dryness. Progesterone (P4) is the other important female hormone that needs to be replaced when using hormone replacement therapy as it helps to balance estrogen levels. Women also need testosterone but in much smaller amounts than men. Typically blood testing for the various hormone levels are performed but salivary levels often provide a more accurate assessment of what is going on at the cellular level and seem to have a better clinical correlation with HRT.

Frequently women want to know what is the difference between Bioidentical Hormone Replacement and Hormone Replacement? The answer is that synthetic hormones, the most commonly used one being Premarin, is made from the pregnant mare’s urine. A mare makes 50 different kinds of estrogen which are good for horses but is not as useful for humans, so why give the body estrogens that it does not need or make? Bio-identical hormones are made from soy. Soy has a basic chemical structure that can easily be made into the structure of the hormone that the body naturally makes, thus called termed bio-identical.

Personally, having a conservative approach in medicine, when a patient comes to me with these symptoms, I first take a complete history, order relevant lab work, and then based on the results form an individualized treatment plan. I approach the case and plan the treatment based on the degree of dysfunction and have a leveled approach. The first level is helping the gland with herbal support so that it begins producing hormones on its own, the second level is using glandulars or protomorphogens and the third and last level is using hormone replacement therapy when the gland has lost the ability to produce hormones on its own.

The treatment is individualized based on patient symptoms, lab results and age. It is extremely important to address other factors like patient’s diet, exercise, and nutrition while balancing the hormones. Also, hormone balancing done with Estradiol and Testosterone is not only to help a women get rid of the symptoms but also prevent her from osteoporosis and heart disease. How many people have you known who have gone to their doctor and complained of feeling the way they are and come back with a script for a mood disorder medication? Symptoms of hormone imbalance are not a mental disorder but a physiological one that can be corrected with proper evaluation and therapy.