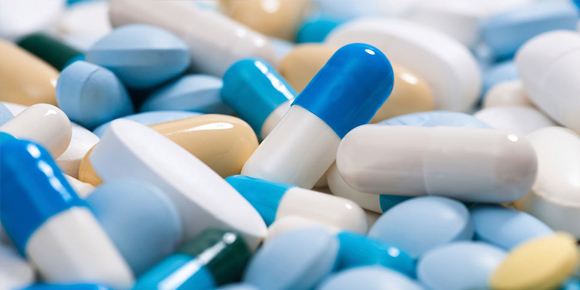 Pharmaceutical companies develop new drugs similar to what is already on the market because of patents held by the original developers. Because drug companies can maintain these exclusive patents for varying periods of time, other pharmaceutical companies develop their own version, often by simply manipulating a molecule here and there so it appears to be a different drug but has a somewhat similar action. Once developed and patented it is sold at a higher price, ostensibly to recover “research and development” (R&D) costs. In fact only about 8%-12% of pharmaceutical company costs are devoted to actual R&D.

Once developed, the drug is then subjected to studies whose results are published in “peer review” journals. Often these studies are manipulated to provide favorable outcomes despite data to the contrary. (See Can Medical Research Be Trusted) Pharmaceutical companies retain teams of statisticians, science editors, and science writers to select which results will go into the medical literature and which will not. The data submitted to the Food and Drug Administration (FDA) is often manipulated so that the articles understate the risks and over state the benefits of the “new” drug and are published in a number of different journals so it appears as if there is a lot of interest in the “new” drug. The FDA in turn accepts these biased clinical trials because congress supports having drug companies fund the FDA rather than public funding that would allow for independent and unbiased reviews. In essence this makes the FDA an extension of the pharmaceutical industry and plays a role in expanding the prescription drug market.

Pharmacological reviews show that only a small percentage of these “new” drugs provide a significant therapeutic advantage over existing versions with most of them contributing to a significant number of adverse reactions. This is simply because of FDA policies approved by congress, that allow new drugs to be reviewed faster so they can be marketed sooner. The result of this fast tracking policy is that there are an increasing number of adverse reactions because the drugs are approved without the benefit of enough studies or clinical trials that show their safety or effectiveness. A study of new drug adverse reactions show that a 10-month reduction in time when bringing the drug to market results in an 18% increase in serious adverse reactions, an 11% increase in hospitalizations and a 7% increase in deaths. The risk factor for adverse reactions increases from 1 in 5 to 1 in 3 with the elderly being most affected.

Additionally, a review of hospital admissions found that even properly prescribed medications contribute to about 1.9 million hospitalizations a year. Another review of 840,000 hospitalized patients showed there were 2.74 million adverse reactions or about 3.25 per patient. Overall about 128,000 patients die each year from adverse drug reactions in the US alone making it the 4th leading cause of death.

The introduction of new drugs into the market place, despite the fact that the majority of them do not provide any clinical advantage, has resulted in increased sales and profits for pharmaceutical companies. Flooding the market with these drugs that resulted in a return on revenues (ROR) of 10% in the 1970’s, increased to 19% by the year 2010 resulting in large profits for drug companies. This percentage is considerably higher in 2016 with some drugs grossing over a billion dollars per year. The rise in profits is due to increased pricing and getting physicians to prescribe the ”new” drug over older versions. Additionally, drug companies spend a tremendous amount of money to advertise new drugs both to physicians as well as the public. According to Jerry Avorn, an authority on pharmacoepidemiology, “laws designed to encourage and protect meaningful innovation had been turned into a system that rewarded trivial pseudo-innovation even more profitably than important discoveries.”
So in answer to the question, why are there so many different drugs and what are the benefits; clearly it is the pharmaceutical industry at the expense of public health.

How the CDC Uses Fear to Increase Demand for Flu Vaccines