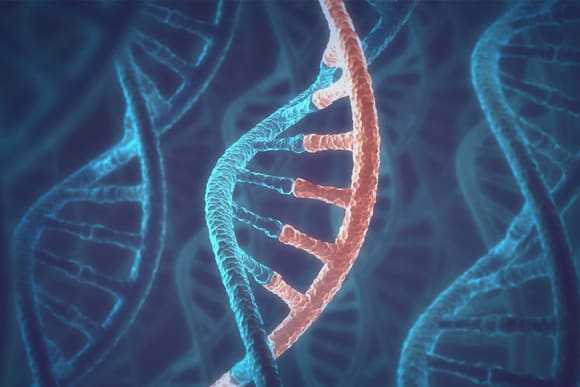 Now that the first wave of Covid vaccinations has passed, the rush to become vaccinated or even fully vaccinated has begun to slow, much to the chagrin of the press, politicians and special interest groups. Many are opting out at this point due to concerns about adverse reactions (a total of 86,080 as of the end of April) and reported deaths (3,848 post vaccine deaths also as of the end of April) from the Covid vaccine according to the Centers for Disease Control (CDC).

The push for the new biotechnologies comes not only from scientific circles but as well the pharmaceutical industry, the National Institutes of Health (NIH), Food and Drug Administration (FDA), the banking industry and private investors such as the Gates Foundation, all of whom have a vested financial interest in the vaccine roll out and public by in to get vaccinated. The new biotechnologies have been in the works for some time in order to replace the conventional vaccines that have been linked to increasingly severe side effects.

In addition to the mRNA technology, the new technology employs Synthetic Biology, which is a field of biology that involves redesigning organisms for useful purposes by engineering them to have new abilities. An effort is made to redesign microorganisms so that they can produce a substance such as a medicine, nutrient, fuel, or have the ability to remove toxic products from the environment. Along these lines, efforts are being made to develop microorganisms that when injected into the blood stream can sense what is needed and produce it for the organism, a technique termed Biocomputing.

The smart money from the investors mentioned earlier lies with smart vaccines that are programmable and would permit synthetic biologists to be able to reprogram ones mRNA and ultimately DNA. The Covid vaccines utilize mRNA technology in order to reprogram the recipients RNA to produce Covid spike proteins that they hope will be recognized by our T and B lymphocytes to form antibodies against the virus. Moderna, refers to its technology in terms of an “operating system” so designed to plug in with different programs and has suggested that their technology be viewed as “apps”. In a TEDx talk in 2017 the chief medical officer for Moderna said that they were “actually hacking the software of life” and that his company’s mission was one of introducing or changing “lines of code” for the purposes of “information therapy.”

So what could possibly be the down side to an emerging technology that helps keep us from getting sick?

In a study conducted by J. Bart Classen, MD the risk of mRNA vaccine technology to cause prion-induced diseases was looked at. Prions are a type of protein that can cause normal brain proteins to fold into abnormal configurations rendering them ineffective. Prion diseases can affect both humans as well as animals and can be spread to humans through infected meat. Creutzfeldt-Jakob disease is a prime example of a devastating prion induced disease causing loss of brain function and premature death. His concern, as well as that of others, is that the as yet untested mRNA vaccines have the potential to act as prions in an as yet unknown manner, which could be devastating to some of the recipients.

Covid vaccines utilizing mRNA technology rely on nanoparticle carrier systems that contain a synthetic chemical called polyethylene glycol (PEG). PEG has been known to induce severe immune system reactions such as anaphylaxis. PEG is essentially antifreeze that has been used to treat constipation in products such as Miralax. Side effects can be stomach pain, bloating, nausea and vomiting, insomnia, dizziness, chills, vertigo and seizures. PEG is also found in foods as it is used as an emulsifier, excipient, to add flavor to vanilla extract, to increase the boiling temperature and decrease the freezing temperature.

Additionally, during the development of the Covid mRNA vaccine in animal models, they developed antibodies against the SARS-COV-1 and Middle East Respiratory Syndrome (MERS) also a coronavirus, which at the time seemed to be a success. However, when the animals were exposed to the wild viruses they experienced hyper immune inflammatory responses that killed many of them leaving researchers horrified at what could happen if applied to humans. This becomes all the more worrisome because viruses such as the SARS-COV-1 and MERS go through cycles where they reappear every few years. This is one of the reasons that some individuals that have gotten the Covid vaccination, experienced severe inflammatory reactions because the mRNA vaccine created spike proteins that were attacked by antibodies from the previous exposure triggering the inflammatory response. In some individuals, this turned out to be quite severe and devastating.

More recent data suggest that people who have received the Covid vaccine begin to test positive for it in as little as 2 weeks post vaccination. An April 29th report by the CDC shows that 9,245 people who received the vaccine tested positive resulting in hospitalization for 835 with 132 deaths. Because of this the CDC has now changed its definition of “break through infections” to be reported only if they require hospitalization rather than all infections. This most certainly should reduce the numbers of “break through infections” reported in the press.

A recent report from the island of Seychelles, that has vaccinated more of its population than any other country, has had to implement another lockdown due to break through infections affecting the population. I predict that Israel, which has the second most vaccinated population, will soon follow.

Initially when Covid vaccines were being developed, the message to the public was that you would only need one or two vaccinations in order to achieve immunity. However Pfizer CEO Albert Bourla has gone on record as saying that people will most likely need a booster shot within a year while Johnson & Johnson CEO Alex Gorsky has suggested that the Covid vaccine become a yearly event similar to the flu vaccine.

As mentioned earlier, the smart money is on continued and annual vaccine use, which is why so much has been invested in development of the Covid and smart vaccines. Consider that the mRNA vaccines have never been properly and fully tested on humans, but that they were fast tracked to address a “pandemic” for the common cold virus. Not only were they fast tracked, the U.S. taxpayer footed the bill for vaccine development while the special interest groups continue to reap huge profits.