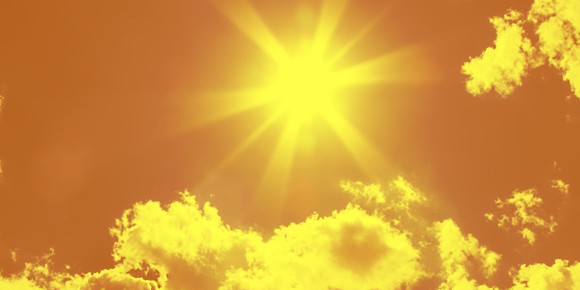 Christine W asks: I would be curious about your take on this recent article regarding Vitamin D.

The New York Times article she passed along was titled: Vitamin D, the sunshine supplement, has shadowy money behind it.

Comment: I love articles like this because clearly the New York Times reporters did their homework.  The gist of the article for those who have not read it yet is that America’s fascination and somewhat obsession with Vitamin D supplementation began back in 2010-2011 with publication of an article in the Journal of Endocrinology & Metabolism by Dr. Holick that in essence contradicted the National Academy of Medicine’s (NAM) finding that the vast majority of Americans get plenty of Vitamin D naturally through sun exposure. His premise was that Vitamin D deficiency was “very common in all age groups” and advocated Vitamin D testing and supplementation. Shortly afterwards, Quest Laboratories came out with an updated version of a test for Vitamin D that increased the reference range based upon the recommendation of the Endocrine Society, the ones who sponsored the article written by Dr. Holick, above what the NAM recommended. Since then there has been an increase in testing for Vitamin D as well as an upturn in supplement sales as physicians began following the newer “guide lines”.

In medicine this is viewed as all well and good because patients are now being screened and supplemented based upon these new parameters. Problem here is that Dr. Holick has financial ties to both Quest Laboratory, the UV Foundation (proponents of tanning beds) and the pharmaceutical industry that manufactures Vitamin D, thus a conflict of interest that the Times article points out. The article also points out that Quest laboratories increased the price of the test to insurers such as Medicare and others so that the costs run into the millions of dollars per year.

So to answer Christine’s question: my take on this is that back in 2010 & 2011 when Quest laboratories came out with their new test for Vitamin D I was skeptical of the new reference ranges for one because of the way they were derived and questioned whether a blood test for Vitamin D or any other vitamin for that matter was really needed; and what is most important here, accurate. I say this because blood tests themselves have inherent problems in interpretation regardless of what is being tested for and do not fully reflect what is occurring at the cellular level. There are only a very few tests that do so and their cost does not allow them to be run routinely. Because Quest increased the reference range over the NAM’s, more patients fell outside of them necessitating supplementation.

Secondly, the medical industrial system is set up to generate revenue and the type of relationship uncovered by the New York Times article is not new. In fact it is quite pervasive and as we see here is not limited to conventional medicine, conventional medical schools, the FDA, CDC and the pharmaceutical industry. Whether or not all of the additional Vitamin D supplementation has increased patient’s quality of life or not is unknown as there have been no studies to date that I am aware of showing this.

Nutritional medicine and physiology publications all say essentially the same thing, that at least ½ hour per day exposure to sunlight generates enough Vitamin D to cover our daily needs. We can take extra supplementation, which I do, but it may not be necessary.

The issue for me here is that while I do not have a problem with someone making a profit, the level of corruption and collusion in medicine is quite pervasive in order to create a market that is not necessary. This needs to be addressed by medical consumers who vote with their dollars and congress (good luck here). This can only happen when we have a free and unencumbered press and watchdog groups that keep track of these things, as well as full transparency. I hope this has answered your question.

You can submit questions for any of the clinic physicians by sending them to: info@rockwoodnaturalmedicine.com.

Is there a Value to Fish Oil Supplements?